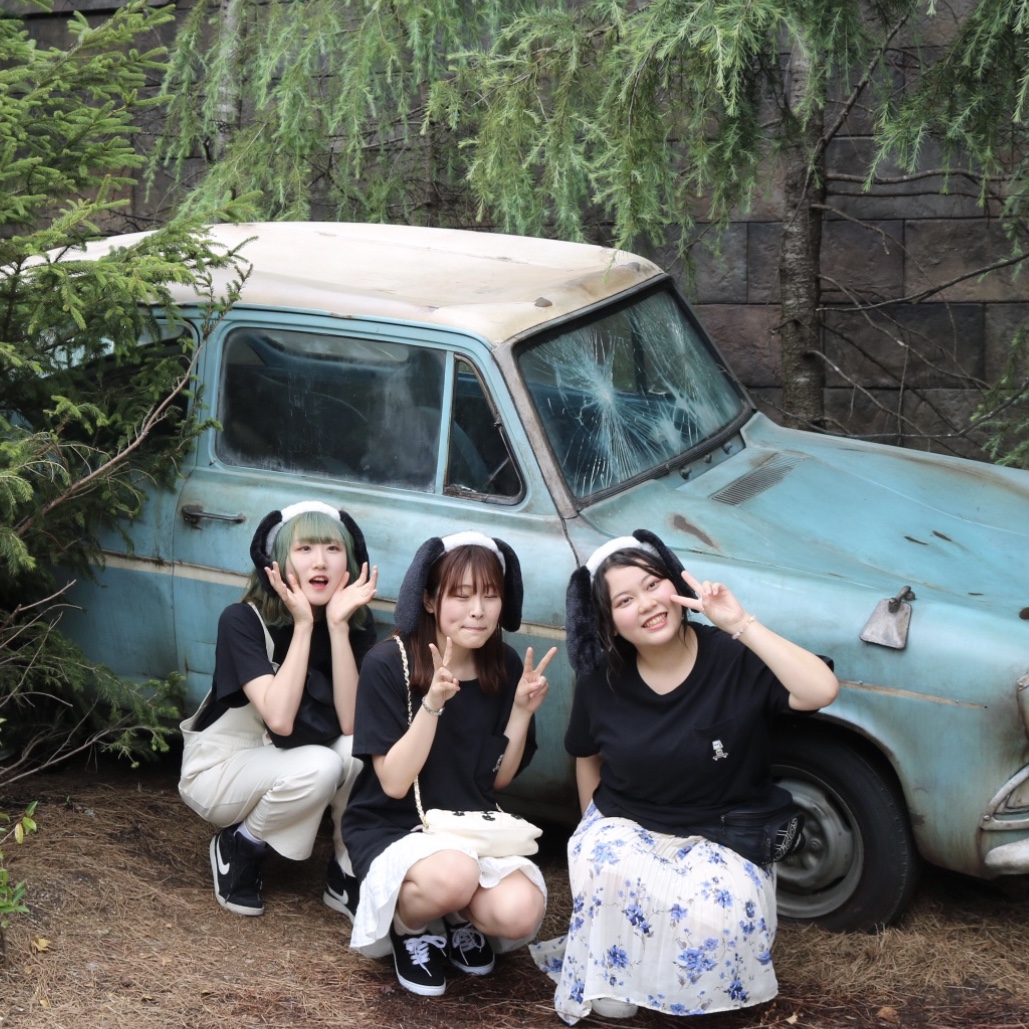 I LOVE thrill rides. I’ve been to many amusement parks in America: Knott’s Berry Farm in California, multiple Six Flags across the nation, both Disney World and Disney Land, and many more parks. So, when I decided to join the Texas State University study abroad trip to Japan for journalism classes, I started making a bucket list of what I wanted to do during my free time in Tokyo and Kyoto. For number three on the list (right after “talk to a sumo wrestler” and “go to a puppy café”), I wrote “ride rollercoasters!!!” Yes– with three exclamation marks.

Towards the end of the trip, I crossed off all of the activities on my list– except for one. All I had left to do was to ride rollercoasters. At one point, I was afraid that I wasn’t going to fulfill my thrill-ride dreams. However, on the very last day, two of my friends that were also a part of the SJMC study abroad trip, Katharine and Dylan, accompanied me to Universal Studios Japan.

We had an absolute blast, but there were many interesting differences between theme parks in Japan compared to those in America. Here are four things that surprised us:

When we walked into the theme park, we were quite shocked at the number of people who had matching clothes. Apparently, it’s a trend to wear coordinating colors, prints, outfits, shoes, etc. with the friends that you go to the park with. Romantic couples matched and large groups of friends and families matched. It was so cool and kawaii (cute). However, Dylan, Katharine and I felt a little embarrassed that we weren’t matching. We felt uncool that we weren’t apart of this fun tradition.

2. Lots of love for America

During our few hours at Universal Studios Japan, we traveled to mini versions of Hollywood, San Francisco, New York and Amity Village (from the movie Jaws) where music from Tom Petty blasted over the park speakers. I guess I wasn’t expecting to see anything about America there. When, in fact, the majority of the park was centered around American towns.

I will admit that seeing a lot of reminders of the U.S. made me feel at home. Seeing hot dogs and hamburgers for the first time in a long time gave me butterflies of excitement in my stomach. Actually being able to read some signs for once in Japan was a little nice, too. However, I’ll admit, eating a hamburger at USJ was not my best choice; it was not that good. I do not recommend this. When in Japan, stick to Japanese food.

3. The employees were extremely friendly

Think of an enthusiastic, young theatre major who just started working at Disney World as Princess Cinderella. Now times that young woman’s energy by two. That’s how nice every employee was at USJ. The custodians smiled and waved and the roller coaster operators high-fived you before and after the ride. Many employees tried to have conversations with us no matter how much or how little English they knew. The employees were so friendly that it made our experience even better.

The reason why I was surprised about the customer service was because of my pasts experiences at amusement parks in America. Lot’s of times, it’s hard to find extremely friendly customer service (besides Disney World and Disney Land). I don’t think I have ever seen a Six Flags teenage ride operater just thrilled to buckle me into my seat belt on a roller coaster, much less a custodian who is eager to say “Hello! I hope you are having a wonderful day!” Obviously, there must be some enthusiastic amusement park employees in America, but I will say that not once did I see a USJ employee with a frown on his or her face.

4. No eating/drinking and walking at the same time.

In America, we don’t think twice about eating/drinking and walking at the same time. It’s natural. We are always eating on the go. For example, on a typical summer day, you might find me with a refreshing lemonade drink in one hand and a delicious corndog in my other hand while I walk down the sidewalks of Austin, Texas. If you saw me doing this, you wouldn’t think anything about it. It’s a pretty normal thing to see, right?

Well, in Japan, my lemonade and corndog scenario is a different story. In Japan, it is extremely frowned upon to eat or drink on the streets while walking. It’s considered rude in Japanese culture. So, if you are thirsty and hungry, and you decide to grab food on the go, you must stop on the side of the street or go inside somewhere to take a bite of your food or a sip of your drink. Even at a theme park, this same rule applied.

We had an amazing day at USJ! Let me know in the comments if my observations about Japanese theme parks shocked you, too, or if they didn’t. Do you think you would like to visit an amusement park in Japan one day?

Emilee Hall is a freelance illustrator and content creator. She has acquired a BS in Public Relations and Mass Communication from Texas State University. In her free time, Emilee loves to dance funky at concerts and eat hot dogs at sporting events. View all posts by Emilee Hall

This site uses Akismet to reduce spam. Learn how your comment data is processed.

Emilee Hall is a freelance illustrator and content creator. She has acquired a BS in Public Relations and Mass Communication from Texas State University. In her free time, Emilee loves to dance funky at concerts and eat hot dogs at sporting events.